For a society to be productive, healthy and happy, it is imperative to recognise and invest in its most promising asset, its future. Right now, young Arabs below the age of 25 constitute nearly half of the region’s population. By 2030, this number is projected to rise even further and a significant share of this young population will be prime working age. There is a growing need to invest in enabling youth to prepare for a fast-changing global workplace. This need was pre-empted by our visionary leader, His Highness Sheikh Mohammed bin Rashid Al Maktoum, when he launched the One Million Arab Coders initiative last year.

The idea was simple – empower a future generation of one million Arabs by providing them access to free software development training to future-proof their skills.

The widespread appeal for such an initiative has been evident from the results of the first two programme cohorts. Led by Dubai Future Foundation, and powered by the world-class and accessible higher education platform Udacity, the initiative continues to see more students enrolling into the programme, while additional tutors and partners have joined us to support this growing community. So far, the initiative has attracted over a million interactions by over 600,000 interested candidates from 194 countries. During the first and second cohort, 250,000 students have been admitted in this unprecedented initiative.

While the numbers are impressive, the more significant fact is the eagerness among the youth of this region to be part of the future. Students of this initiative fare way better in terms of drop-out rates, staying on track, and submitting projects on time when compared with other educational programmes running on Udacity’s global platform.  As we begin to see the change that we had hoped to create through this initiative, it is imperative to recall what we set out to achieve.

The ninth annual Arab Youth Survey of 2017 revealed some key insights into how the youth of the region perceive their future. While unemployment emerged as the biggest obstacle, the majority of youth outside the GCC believed that their education system is not doing enough to prepare them for future jobs. In the Arab world, two out of five graduates are unemployed. The One Million Arab Coders initiative offers a parallel education platform for Arab youth across the world to learn and prepare for the jobs of today and tomorrow, and directly increases employment opportunities for them. Currently, only 13 per cent of the region’s tertiary-educated workers have graduated in subjects related to Information Technology (IT). In a job market where the demand for IT professionals is constantly rising, this poses a real threat. The initiative’s primary objective is to provide the skills necessary to enable the region to thrive in a rapidly digitalising world.

Learning never stops; it is a lifelong process. The One Million Arab Coders initiative encourages Arab youth to keep learning to better equip themselves for future disruption in technology and the job market. Over 61 per cent of candidates admitted to the One million Arab Coder programme are students who hold diplomas or higher education degrees. These are professionals who are striving to re-invent themselves and now have a platform to do so.

The Middle East and North Africa is utilising 30 per cent less of its female capacity than the global average. While women in the region are highly educated, and obviously capable, their potential to contribute to the labour market has not been fully utilised. If the region is to grow in the coming years, enabling women to participate in the formal economy is of paramount importance. The One Million Arab Coders initiative aims to create an inclusive platform for women in the region to equally partake in the making of a prosperous future. The results were astounding. Women have shown keen interest in this initiative and currently represent 27% of the students admitted to the programme. What’s most interesting is that the majority of tutors who volunteered to teach in this initiative are also women. This is just the beginning.

Today, the initiative has evolved into a global community that includes students who are opting to redefine themselves, tutors that are dedicating their time to help students learn, and corporate institutions that are investing their knowledge and resources towards the cause. Promoting sustainable causes for the betterment of society is the founding principle of the Hussain Sajwani – DAMAC Foundation, and we are proud to have adopted this initiative, which offers a direct path to a prosperous future. We urge all lifelong learners and teachers across the Arab world join this revolutionary initiative and drive the future of this world instead of merely adjusting to it.

To register for the next cohort or find out more, please visit https://www.arabcoders.ae/

The UAE’s #100MillionMeals campaign has recently delivered vital food aid to more than 310,000 Palestinians, which brings the total number of meals distributed to the West Bank and Gaza to 28 million, since the start of Ramadan. I…

I am thrilled that the 100 Million Meals campaign was not only a success, but it has exceeded everyone’s expectations with over 216 million meals donated. It was an honour to be a part of this great initiative by H.H.…

We, at the Hussain Sajwani – DAMAC Foundation, are honoured to be part of the 100 Million Meals campaign this Ramadan. Our contribution of 1 Million AED towards this initiative emphasizes once again our commitment to supporting the UAE’s humanitarian…

CSR
I’d like to congratulate all DAMAC staff members who received the second dose of the Covid-19 vaccine. We are now officially vaccinated and one step closer towards living in a safer world without the virus. 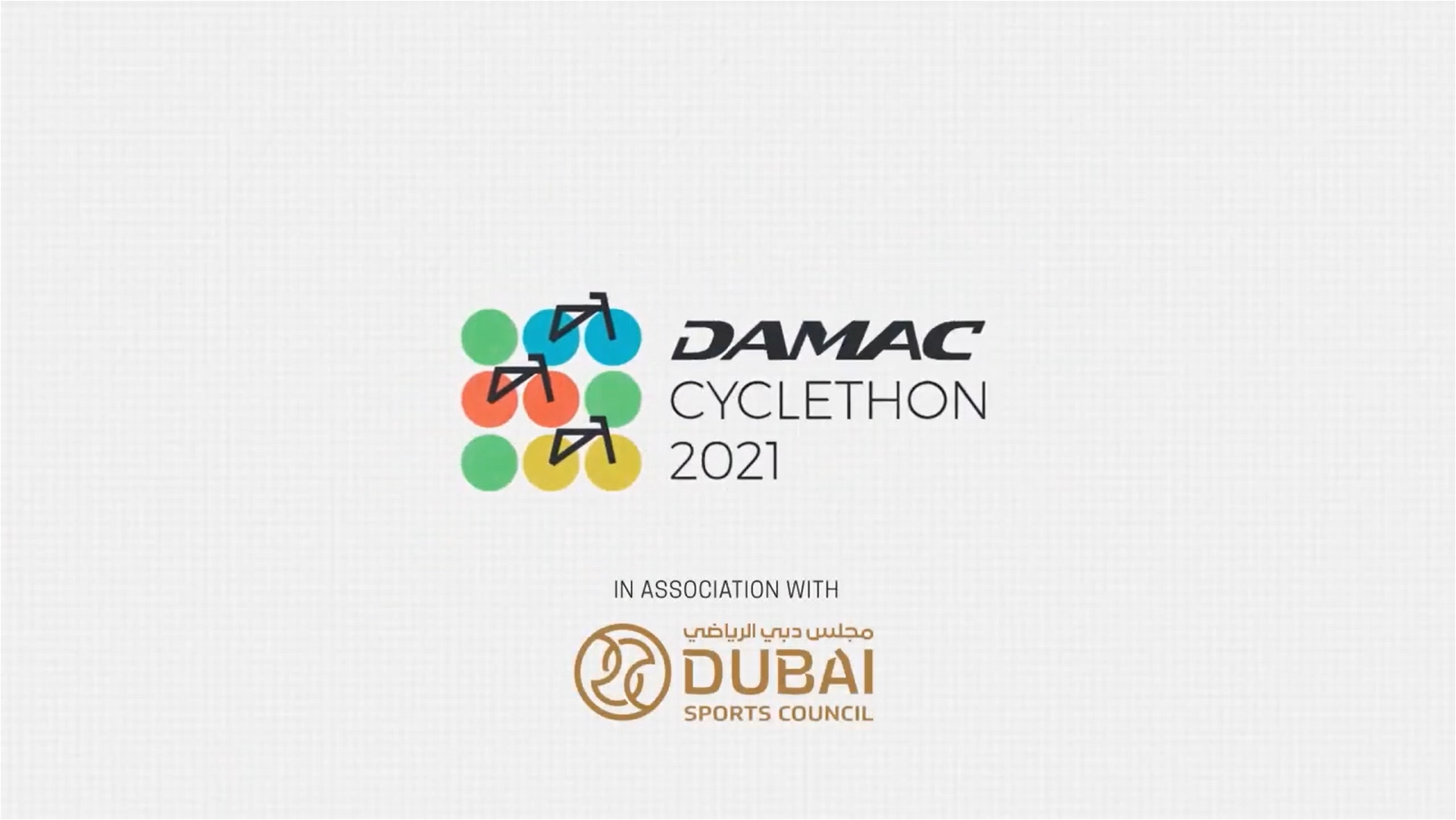 In association with @DubaiSportsCouncil, DAMAC is excited to bring you #TourDeDAMAC, a cycle marathon for all the cycling and fitness enthusiasts out there. We, at @DAMACOfficial believe in…

While the government is working round the clock to make the vaccine available to all UAE residents, we need to do our part as well, to protect ourselves, our families, co-workers and fellow citizens. Earlier today, we held a Covid-19…

Congratulations to H.H. Sheikha Hind bint Maktoum bin Juma Al Maktoum and the fantastic team behind the #10MillionMeals campaign on winning numerous global awards. A real privilege for us at the Hussain Sajwani- DAMAC Foundation to be supporting this.… 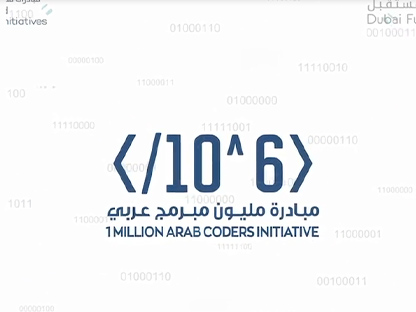 As a home-grown Company, we at @DAMACofficial feel it is important to give back to the community in which we operate. Our overall aim is to achieve a positive impact on society through skills’ development initiatives

CSR
Truly delightful news… As you may know, the Hussain Sajwani DAMAC Foundation had contributed to the construction of the Magdi Yacoub Heart Centre in Cairo. To read of the incredible plans of this Centre being under construction makes it…
CSR
In observance of the International Humanitarian Day 2020, – ‘Your family, Our people’, Mr. Khalfan Al-Rumaithi, Director of Red Crescent, accepted a donation towards families affected by COVID-19, from Brigadier General…
CSR

I am delighted to announce on behalf of the Hussain Sajwani – DAMAC Foundation that on the special occasion of Zayed’s Day for Humanitarian Action we extend our support to the Al-Tariq Rehabilitation Centre in provisioning services for health, rehabilitation,…

On behalf of the Hussain Sajwani- DAMAC Foundation, we are pleased to announce our support of the ‘10 million meals’ campaign.
It is our duty to be of service to our people during times of crisis, particularly to the…

Much has changed in the last month since the Arab Hope Makers initiative, an event dedicated to raise fund for the construction of the Magdi Yacoub Global Heart Centre in Cairo.
The Coronavirus has necessitated measures of social distancing…

I feel extremely fortunate to have been able to make a pledge for the @arabhopemakers initiative, that will support the construction of the Magdi Yacoub Global Heart Centre in Cairo, Egypt. The heart centre is expected to be among the…

I feel extremely fortunate to have been able to make a pledge for the @arabhopemakers initiative, that will support the construction of the Magdi Yacoub Global Heart Centre in Cairo, Egypt. The heart centre is expected to be among the… 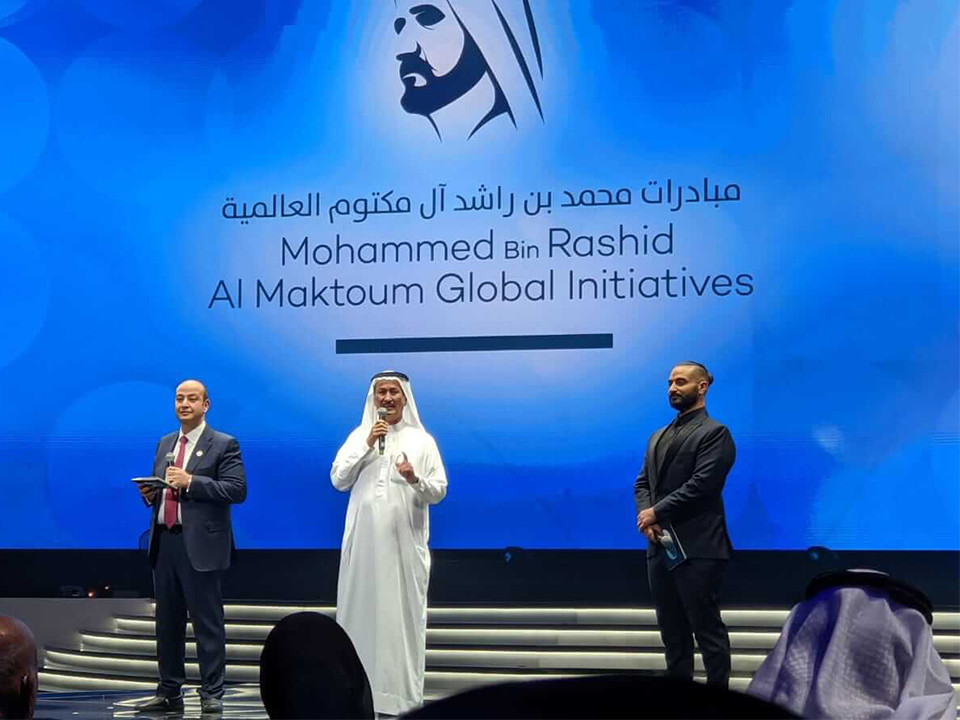 I am delighted to have been able to pledge my support to @arabhopemakers’ pioneering initiative in its building of the Magdi Yacoub Global Heart Center in Cairo, and to contribute to HH. Sheikh Mohammed bin Rashid’s @hhshkmohd incredible vision…

Yesterday, I had the honour of meeting H.H. Sheikh Mohammed bin Rashid @hhshkmohd at the Arab Hope Makers show, where it was announced that the proceeds from this years fund raising would go towards the noble cause of building the…

The Hussain Sajwani – DAMAC Foundation (HSDF) has pledged AED5 million to the UAE’s 1 Billion Meals’ Initiative, launched by Sheikh Mohammed at the beginning of the holy month of Ramadan in March 2022 aimed to provide meals to…

On behalf of the Hussain Sajwani- DAMAC Foundation, we are pleased to announce our support of the ‘10 million meals’ campaign.
It is our duty to be of service to our people during times of crisis, particularly to the…

In association with @DubaiSportsCouncil, DAMAC…