There are always two sides to a story. For many years it was hailed as the pill that gave humanity, to a large extent, a taste of unparalleled peace and prosperity.

Developing nations, for instance, experienced improved standards of living as the world embraced globalisation. Data from the World Bank shows that poverty was reduced to 35% by 1990. Since then, nearly 1.1 billion people have moved out of extreme poverty, including about 800 million from China, which opened its borders to foreign investments in the 1970s.

Average per-capita income also doubled in the past three decades, and average life expectancy globally increased by 10 years. Without a doubt, globalisation has benefited society in more ways than we can imagine, not just in terms of commerce and trade.

Besides paving the way for bigger and more open markets, as well as access to international talent, it has also led to the worldwide spread of culture, information and technology, among others benefits that such interconnectedness brings.

Yet, for some, globalisation has seen its better days. The disillusionment with globalisation appears to stem from what experts call its Butterfly Defect, where the hyper connectivity of complex systems, not just economies, has led to the spread of risks and vulnerabilities, not just benefits.

As an example, while major financial hubs generate immense fiscal opportunities in a globalised economy, they also sometimes become sources of financial contagions. Airport hubs in an increasingly connected world facilitate travel and logistics, but they can also be used to move illicit goods.

For a growing number of people, the prosperity pill has serious side effects, including increased inequality between the rich and poor.

Workers in leading industrial markets such as the US, Britain and France are being forced to develop new skills or risk unemployment as production of goods continue to be outsourced, including services.

Growing adoption of new technologies such as automation and digitalisation have also contributed to agitation in the labour sector, which could bring about more job cuts or losses — although many argue that it will free employees up to do more meaningful work.

Pandemic as poster boy for deglobalisation

The spread of Covid-19 has changed our lives drastically. Though vaccinations are helping ease the ill-effects of the pandemic, the world has completely been disrupted in a lot of ways.

Governments seem less concerned today with breaking down walls and more interested in putting up barriers that will help safeguard jobs, for example.

Companies are re-thinking their supply chains, with many looking at alternative suppliers in their home markets, as the pandemic has severely affected the flow of goods and services — not just people.

Experts believe that the coronavirus will continue to impact the way we live in the next few years and is likely to further encourage the repatriation of production that was offshored in the 1990s.

That said, the pandemic has seen a response from the scientific community around the world that has been inspiring, resulting in unprecedented global cooperation to develop a number of vaccines, backed by the use of advanced technologies such as artificial intelligence and cloud computing.

The deficiency of PPEs also sparked a wave of innovation as companies as well as small and medium-scale entrepreneurs responded to the challenge by rapidly producing face masks, face shields, and other components to mitigate the impact of the shortage.

The question now is: Should we slow down globalisation or even reverse it? Ian Bremmer, president and founder of the political-risk consultancy Eurasia Group, argues that free trade remains the best way to improve the quality of life for all of us, having helped increased GDP by 700% since 1980, despite its benefits not being shared equally by all countries around the world.

Any discussion on the way forward must inevitably include the pandemic, which has admittedly disrupted vital cogs that constitute globalisation. But it also offers an opportunity to reimagine globalisation to ensure that its benefits are more widely shared, while its risks greatly reduced.

Thomas Piketty, author of the bestselling book Capital in the Twenty-First Century, also admonished a rethinking of the fundamental principles of globalisation, lest it becomes irrelevant, even harmful, in the years to come.

Perhaps a more ingenious mix of free trade and government intervention can help make globalisation more inclusive. Many share the view, including UN Secretary General António Guterres, that the biggest challenge facing globalisation is the lack of political will to manage it. From this perspective, globalisation has not run its full course.

Globalisation certainly isn’t perfect, but it can still be leveraged to achieve a future of sustainable prosperity for all. 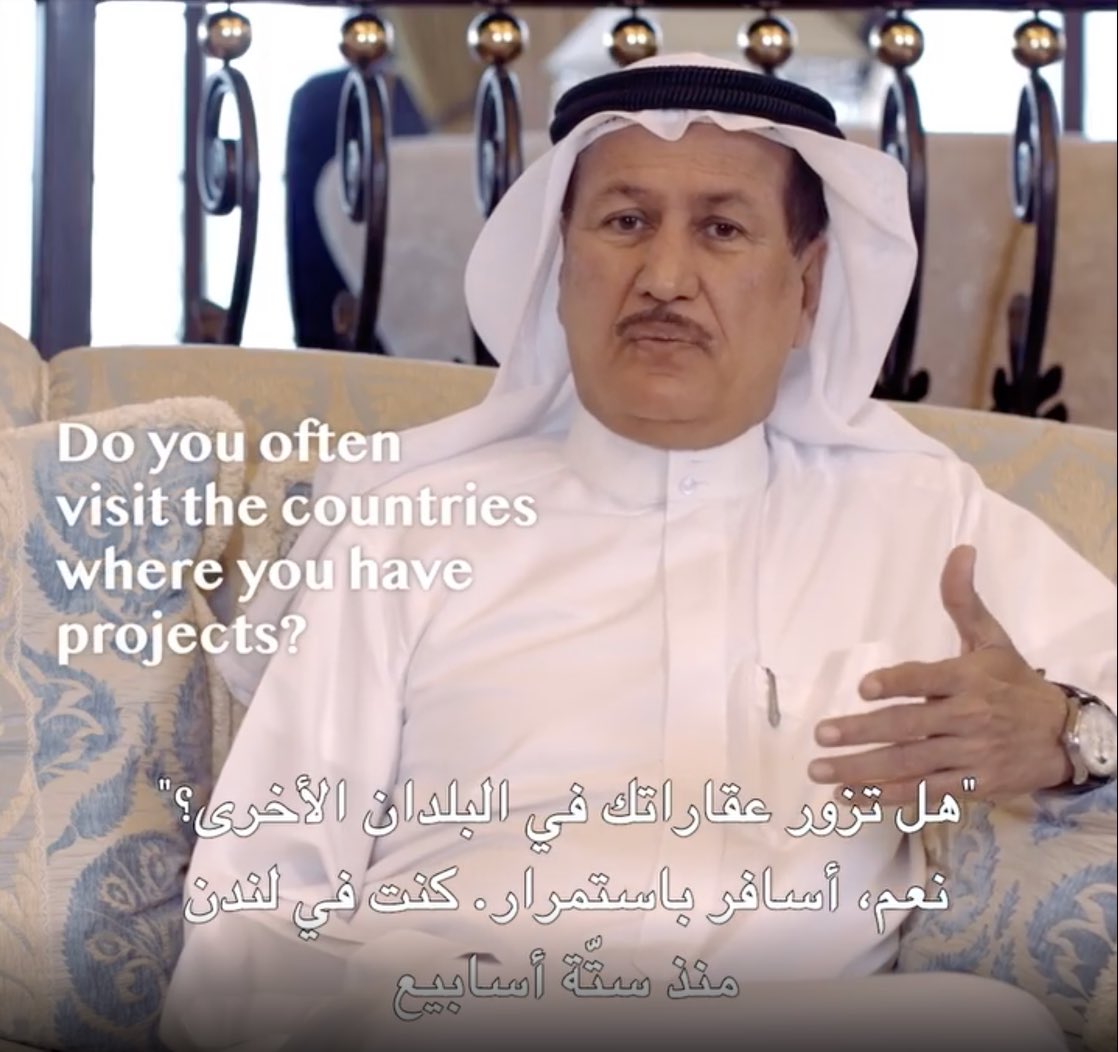 I have always believed in offering the best to the society when it came to designing DAMAC’s iconic projects. By setting new standards in design, craftsmanship, and inspiring lifestyles. To accomplish this, I visited

Yesterday at @damacofficial we celebrated the launch opening of @damactowerlondon and I am beyond words to express my joy. Our first project in Europe has been one of our most anticipated #projects of the year, and the #first ones are always the best. To add to this #special occasion, I’m… 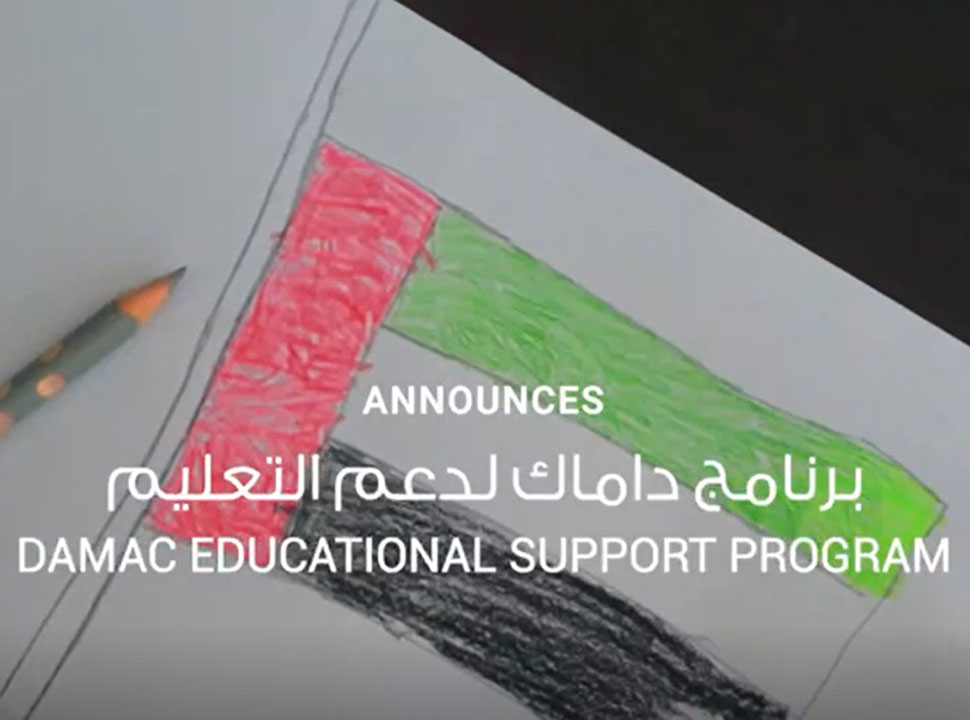 A child’s education is undoubtedly one of the most worthwhile investments we can make.I am delighted to announce the launch of the #DAMAC Educational Support Program – a five-year scholarship program for…

For a while now, we have had our eye on luxury and high-fashion businesses. Now, it’s with great pleasure that I announce our new venture de GRISOGONO, a luxurious Swiss jewellery brand. With DAMAC Group’s expertise, we will scale this…

Exciting times ahead! For a while now, we at DAMAC Properties have kept development opportunities in Miami on our radar. As a luxury and fashion centre, it’s a natural extension of our Company’s vision. We are developing luxurious CAVALLI branded…

Earlier this year, DAMAC Properties and Roberto Cavalli made a move to the #Metaverse, and it’s our goal to bring digital experiences to communities.With this in mind, #Metacon2022 was a great first event to talk about D-labs and…

Welcome to the next phase of #DAMAC Lagoons. We’ve launched Venice and Malta, both incredible additions to the Mediterranean-inspired project. Venice, much like the city itself, will showcase an array of waterside cafes and gondola rides. Malta will feature a…

When you are passionate about your work, success finds you. This is something I’ve experienced over the years. It’s the passion for my business that keeps me going.

Our story dates back to the early 80s when DAMAC started out as a catering company serving the Middle East, Africa and Europe. In fact, it’s a business that’s still very much part of DAMAC Group even today. Our transition…

Business
We are set to revolutionise the future of real estate! @damacofficial has become one of the first developers to accept Bitcoin and Ethereum as a transactional medium for property purchases by crypto…
Business

We have built homes and communities in the real world. Now it’s our time to raise digital cities in the virtual world. I am proud to introduce D-Labs – the digital face of DAMAC Group in the

It is truly an honour and privilege to be featured in the Gulf Business Arab Power List as one of the top 100 most powerful Arabs in 2021. Thank you Gulf Business for this recognition, and congratulations to all…

I had the pleasure to host Mr Rene Benko, founder of Signa Holding – one of Europe’s largest real estate and retail firms, and his team. We spoke about the remarkable growth of the real estate sector in 2021 and…

I had an enjoyable time yesterday hosting the new American Ambassador to the UAE, HE John Rakolta Jr, and his family, together with US Consul General, HE Philip Frayne, at my home. There is a strong historical bond…

In any organisation, the different departments that work together are like parts of a wheel. When they work together towards achieving a common goal, it builds momentum and moves the business forward. The DAMAC projects team is one of the…

Strategic collaborations always lead up to new opportunities. The UAE-Turkey Business Council Development & Contractor roundtable held today brought together Turkish contractors and stakeholders from the UAE’s property development and contracting sector. In my capacity as Chairman of the council…

I had an enjoyable time yesterday hosting the…